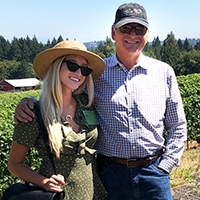 As seen above with his daughter Juliet, Claudio has a love of elegant wines and a passion for local community and sustainability. He is proud to curate the Hawks View Winery experience following the founding family's vision. A graduate of UCLA business school, Claudio has served on the boards of Winegrowers of California, California Association of Wine Grape Growers, the Wine Institute and the Temecula Valley Winegrowers Association. He values authenticity from vineyard to glass and creating a welcoming, inviting guest experience. When asked about his favorite wine, he’s been heard to say “wines are like our children – we love them all equally, but not always at the same time.” 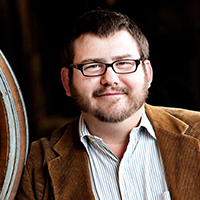 In his own words, Don is a “scientist by training and a passionate winemaker.” After graduating from Purdue University with a degree in Biochemistry and Food Science, he discovered his love of wine – specifically, Oregon’s phenomenal Pinot Noir. With more than 20 years of experience in the winemaking world, Don considers winemaking to be an art, each wine a culmination & an expression of the place in which it was grown. 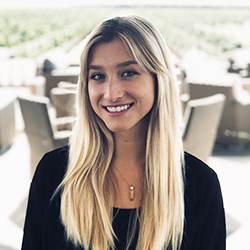 Juliet started “working” in the wine industry when she was a mere 8 years old, autographing bottles of her namesake sweet wine at Ponte Winery. Later on, she graduated from the University of California, San Diego with a degree in Communication and Business and took on the position of Tasting Room Supervisor at one of our sister wineries, BOTTAIA Winery. A natural businesswoman with a strong aptitude for management, Juliet has moved into supervising wine production at Hawks View. Not only to expand her wine knowledge but to ensure our wines are living up to our standards of excellence.  In Juliet’s free time, she enjoys traveling, the outdoors, and a great glass of wine (of course…). 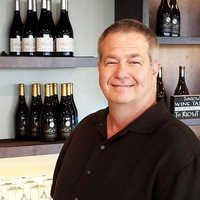 Kevin is our Wine Club and E-commerce Manager and has been a part of the food and beverage business most of his life. This has allowed him to travel and taste at many of the wineries in the Northwest, Nationally, and Internationally. His passions include all things Italian, cooking, and finding the perfect wine to pair with his meals. He believes one of the best ways to bring people together is through a glass of wine at Hawk’s View Winery and hopes you enjoy our wines with a big smile and a Cheers! 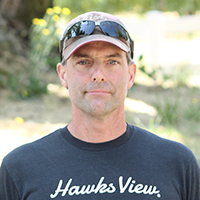 “Tireless Tony,” as he’s called around here, is in charge of keeping the winery systems working, and the grounds clean and green. Tony hails from Massachusetts but has been in Oregon for over a decade. With degrees in International Relations from American University and Landscape Design from George Washington University, he has incredible skills in building, repairing and landscape trades. He also knows his way around the winery and vineyard, quick to jump in and provide invaluable support during harvest time. On his own time, he enjoys spending time with his family and taking long walks in the backcountry. Be sure to say hello if you see him around the winery! 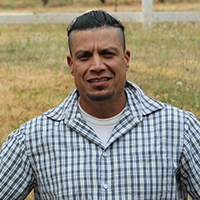 Omar grew up in the Willamette Valley and has followed his father’s footsteps in the vineyards. He is in charge of supervising our hardworking vineyard crew, driving and maintaining tractors and running other farm implements. In collaboration with our viticulturist, Dr. Cavalieri, and our Winemaker, Don Crank, Omar helps us produce grand cru quality grapes season after season, under our LIVE Certification.​

Steven attended the California Culinary Academy and the Culinary Institute of America at Greystone. He has worked at some of the best restaurants in the United States: Charlie Trotters in Chicago, Rubicon in San Francisco, Citrus in Los Angles, and Sun Valley Resort in Sun Valley. He was the Chef/Owner of Mosaics in San Luis Obispo, California, where he was awarded best new California restaurant (Central Coast) by Gourmet Magazine in 2000, and best  Chef in 2000 & 2001. With 25 years in the restaurant industry, Steven's greatest passion is to pair wines with a wide variety of food and flavors, adding a healthy twist. He has participated in the Aspen Food & Wine Show, The Monterey Wine Festival, Bite of Los Angeles, San Francisco, and the Central Coast Wine Classic. For the last decade, he has operated a successful catering and cooking education business in Portland, where he resides with his beautiful wife Wendy and their adorable yorkies, Gingersnap and Snickers.

Please confirm you are old enough by checking the box.